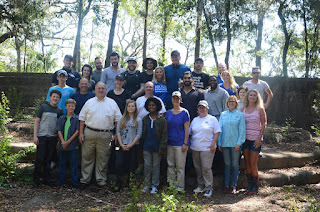 Jacksonville, FL (July 5, 2017) — Duane A. Sikes Productions wrapped principal photography for its short film Ortega River Rats on June 26, 2017. The 20-minute film was written by Jacksonville resident and Writers Guild of America member Sharon Y. Cobb who will take the short to the 2017 American Film Market in Los Angeles to make a deal for a feature. The film’s story is based on Executive Producer Sikes’ idea of Ortega neighborhood kids searching for treasure of the 1930s gangster Machine Gun Kelly who reportedly hid out in Jacksonville.

The film was directed by Robert Henderson (Kruel) and produced by Grace Bryan and Cobb. The film was shot over five days in five locations: a historic Spanish-American War fort on Ft. Caroline Road; a private Black Creek property; the historic Ortega home rumored to be Machine Gun Kelly’s hideout; a former Edison Avenue veterinary office; and a former 1910 general store in Riverside now serving as an Airbnb.

Ortega River Rats is a family adventure about four kids who must find the lost treasure of Machine Gun Kelly to save the life of their beloved dog. But when they break into the house where the gangster hid out in the 1930s, they unwittingly stumble into a time warp. They find the treasure just as Machine Gun Kelly finds them. Can their 21st Century smarts and technology help them find their way home in time to save themselves and their dog? 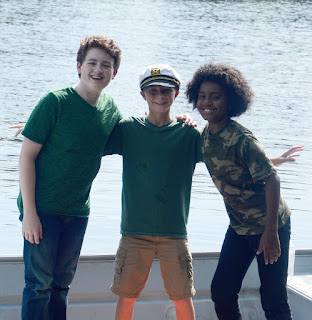 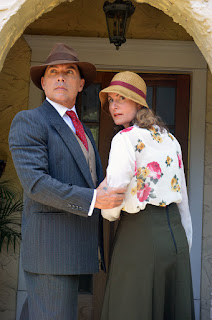 Chad Light as Machine Gun Kelly and Grace Bryan as Mrs. Kelly in Ortega River Rats
Posted by Jacksonville Film and Television Office at 9:11 AM

Please send articles, releases and photographs to info@filmjax.com to be approved for publishing.

Please note that under Florida's very broad public records law, any communication to and from officials are subject to public disclosure